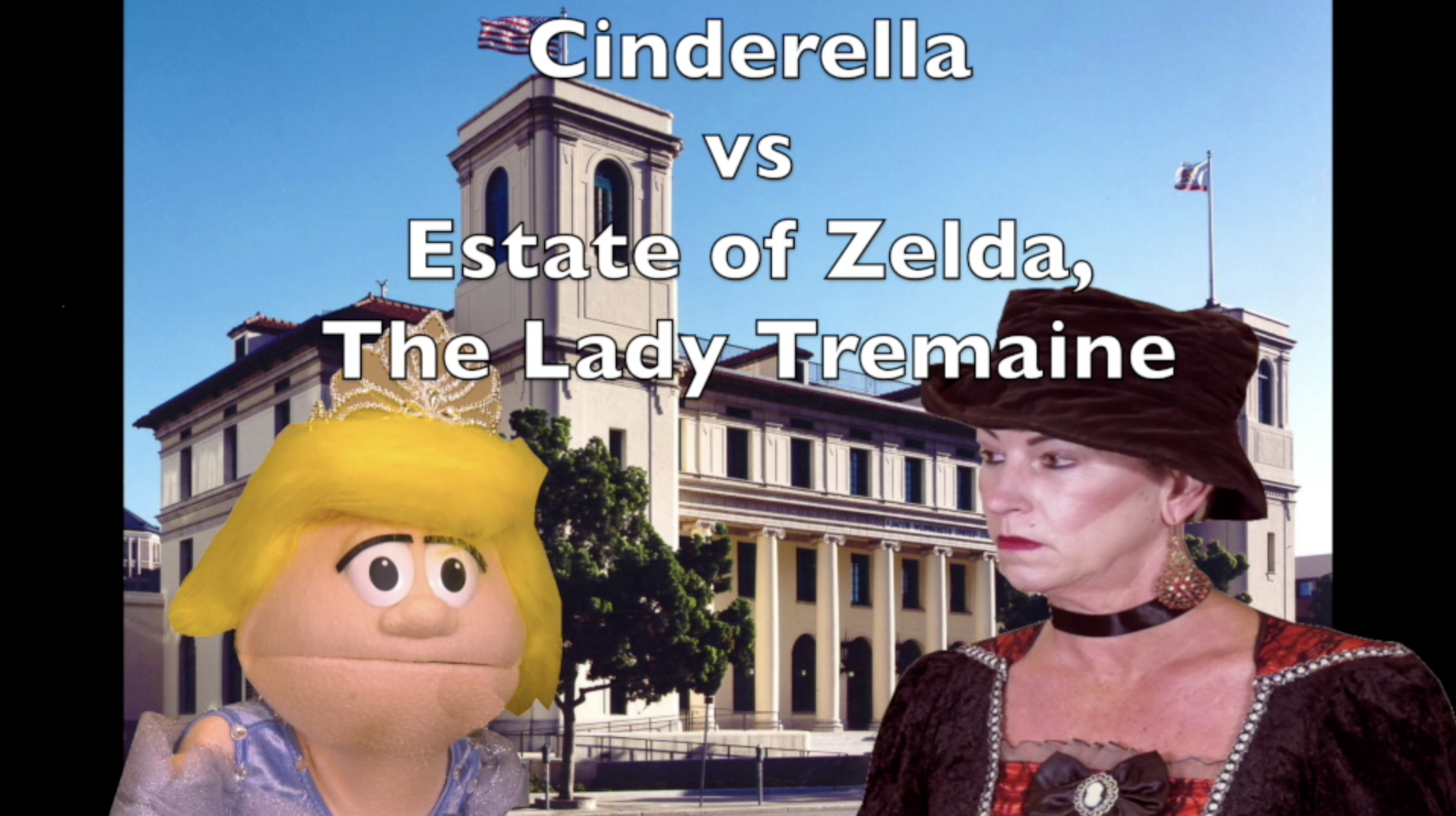 Cinderella vs the Estate of Zelda, The Lady Tremaine - In The Classroom

There are three versions of the video available for download as well as training materials for facilitators. Any version of this program can be used in any presentation. The facilitator can set- up the complete version or interact at various points if using either edited version. Versions 2 and 3 delete the jury verdict provided by the “video” jury (a finding for Cinderella) to allow participants to reach their own verdict. The “Training Materials for Facilitators” provides information about the proceduralexplanations offered during the complete version and indicates when the video should be stopped for a facilitated explanation.  The complete version is 35 minutes in length while the edited version, without the included legal process explanations, is 28 minutes long. The main differences are explained below.

In the complete version, a welcome is included from U.S. Bankruptcy Judge Margaret M. Mann. Trial Judge Dan Justice offers “picture-in-picture” commentary to explain to the viewers legal concepts and explanations at several points during the trial. Judge Justice also explains the jury process so the participants/viewers understand what they need to do in deliberation if they are called upon to decide the case. Some additional instructions will help facilitate any deliberations. In the complete version (V.1), the “video” jury finds for Cinderella. A second version (V.2) of the complete video deletes only the decision by the video’s jury.

In this version, any introduction is accomplished by a facilitator. The facilitator is also called upon to offer the legal concepts and explanations at several points during the video. A stop sign (

) appears to indicate a point to pause the video. This version also requires the facilitator to provide instruction to the participants/viewers for the deliberation process and does not include a “video” jury verdict.